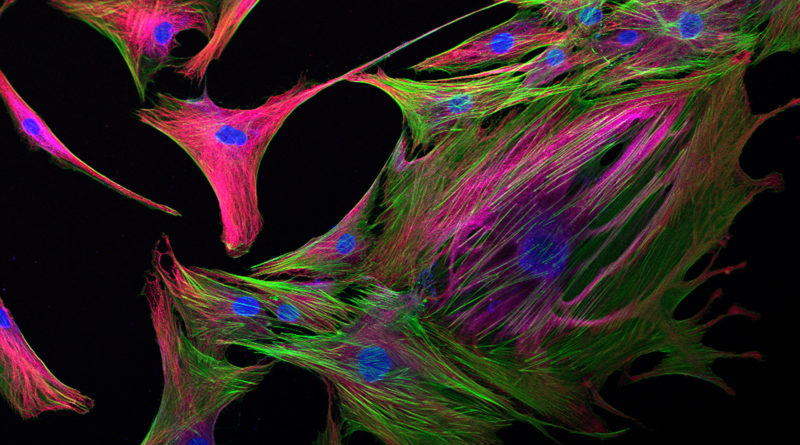 Scientific justification:
Systemic Lupus Erythematosus (SLE) is a rare (prevalence: 40-50/100 000 persons) heterogeneous auto-immune and autoinflammatory Disease (AD), affecting both sexes and all races, with a
peak incidence / prevalence among black people and a predilection for women in the 3rd-4th decade of life. SLE is characterized by successive periods of flares and remission, which may all vary in
duration and quality. Prognosis of severe forms of SLE, which affect lung, heart or brain in addition to renal involvement, has improved, but still evolution remains pejorative in a subset of patients whose 10 years mortality remains 10-15%, even in tertiary referral centers. For 20 years, no new prospective clinical trial in the course of SLE has demonstrated its effectiveness. New biological therapies have not yet made the long awaited breakthrough in the treatment of severe SLE and only anti-Blys monocolonal antibody has gained indication in moderately active SLE. In addition, serious adverse side effects (progressive multifocal Leukoencephalopathy) observed with several biologics in AD patients has dampened their expected benefits. For SLE subjects resistant to 1er or 2nd line conventional treatment, there is a need to develop more effective therapies with fewer long term side effects, based on new immunomodulatory and immunosuppressive strategies.

According to their in vitro immunomodulatory properties and ability to induce tissue repair mechanisms, Mesenchymal Stem cells (MSC) have been proposed as a new therapy for several AD, including SLE. The use of allogeneic umbilical cord-derived MSC is based on experimental and human clinical data, particularly produced by Nanjing team (Pr Sun) in China. It is also logical to select SLE patients with the same severity criteria as those used worldwide to validate the efficacy of anti-Blys therapies. Similarly, the analysis of the expected results should take into account criteria similar or comparable to those used for the pivotal clinical trials. This trial is a unique opportunity to set up collaboration between Saint-Louis APHP, clinical expert center for cell therapy in AD, and University College London for cell manufacturing.

Primary endpoint: Immediate tolerance as assessed during the first injection and 10 days after the allogeneic MSC injection, according to standards CTCAE side effects.

Secondary objectives and endpoints
Secondary objectives :
1- Feasibility of allogeneic UC-MSC administration in the treatment of severe SLE subjects refractory to conventional therapies
2- Tolerance three months after injection, considering the observed morbidity and the overall survival in SLE treated subjects until 1 year after the procedure.
3- Analysis of biological and clinical response on routine clinical and biological examination and criteria for monitoring lupus using SELENA SLEDAI-, BILAG, SF36, EQ5D, SRI, SLICC-SLE scores.
4- Analysis of the efficacy at 3-months after injection of allogeneic UCMSCs according to the proportion of subjects with Major Clinical Response (RCM).
5- Percentage of subjects with Partial Clinical Response (CPR) during the 12 months of follow-up study.
6- Evaluation of the immunomodulatory effect on:

a- Routine laboratory criteria, including immunophenotyping, every 3 months during the follow-up period
b- Analysis of specific cytokine production at M0, M1 and M3.

Secondary endpoints :
1) Safety Tolerance will be assessed during the injection and within the first 10 days following the MSC injection, at M1, M3, M6 and M12 according to side effects defined by CTCAE standards (Miller Results of cancer treatment Cancer 1981; 47 (1): 207 – 214). Treatment-related toxicity will be analyzed according to the international World Health Organization (WHO) (maximum degree
of toxic attacks by the body). An injection will be considered as not tolerated for any toxicity criteria above grade ≥ 3.
2) Proportion of subjects with Major Clinical Response (MCR) and the proportion of subjects with Partial Response Clinic (PCR) during the 12 months of study follow-up at 3, 6, 9 and 12 months (M3, M6,M9 and M12).
3) Disease activity measured by the BILAG scores (0 and 72) and SELENA-SLEDAI (0 to 105) every 3 months, as compared to inclusion, until the end of the follow-up period (M3, M6, M9 and
M12).
4) SRI response rate, measured every three months (M3, M6, M9 and M12) during follow-up: a SRI response is defined as a 4 points reduction of SELENA SLEDAI-score, no new BILAG A score for an
organ and no more than one new BILAG B score and no worsening (increase of 0.3) in the overall evaluation of the physician as compared to inclusion values.
5) Presence of comorbidities according SCLICC-SLE index at M0 and every three months during study follow-up (M3, M6, M9 and M12).
6) Quality of life assessed by the Short Form 36 version 2 (SF-36v2) and EQ5D before injection and every 3 months until the end of the monitoring period (M3, M6, M9 and M12).
7) Percentage of subjects with an average dose of prednisone reduced by 25% compared to M0 and who will be <7.5 mg / day for weeks 40 to 52. The average daily corticosteroid dose will be measured every 3 months until the end of the monitoring period (MO, M3, M6, M9 and M12).
8) The number of treatment failure defined by one of the following:

a- End stage renal disease requiring dialysis or transplantation
b- Sustained doubled creatinine value from the two lowest values observed between screening and baseline and confirmed four weeks later.
c- Active lupus nephritis attributed to active SLE as defined by either of the two criteria:

a- Prednisone orally ≥ 6 mg / day (or equivalent) for at least 28 days.
b- At least one or more of the following immunosuppressive therapies for 3 months in total:

5- Patient who received treatment of SLE at stable doses for a minimum of 30 days prior to eligibility, including one of the following treatments: prednisone (or equivalent) alone or combined with
antimalarial treatment, an anti-inflammatory steroidal and / or an immunosuppressant.
6- Negative pregnancy test for women of childbearing age
7- For men and women : Using effective contraceptive methods during treatment and within 3 months after the end of treatment for men with her partner of childbearing age
8- Signed Informed Consent
9- Affiliation to social security

3- Severe psychiatric disorders, including severe psychosis related to SLE, which would prevent to give informed consent or to undergo the procedure.
4- Active neoplasia or concomitant myelodysplasia, except for basal cell carcinoma or squamous cell carcinoma or in situ cervix carcinoma.
5- Bone marrow failure defined by neutropenia <0.5.109/L, thrombocytopenia <30. 109 / L, anemia < 8 g / dL, lymphopenia CD4 + <200 x 106 / L caused by another disease than SLE.
6- Acute or chronic uncontrolled infection: HIV 1/2, HTLV-1/2, Hepatitis B (HBsAg surface antigen), Hepatitis C with positive PCR
7- Patient having received belimumab within 2 months of belimumab within 2 months of Baseline, or having received rituximab or other B cell depleting biologic therapy within 6 months of Baseline
8- Current substance abuse or recent (within 60 days) history of substance abuse
9- Patient in periods of exclusion from the national roster of researchers
10- Patient with Linguistic or psychological incapacity to sign informed consent
11- Patient already included in another study at the same time.
12- Poor patient compliance.
13- Patient under legal protection.

Investigational medicinal product(s)
Phase I-II, Allogeneic Umbilical Cord derived-MSCs injected by slow intravenous infusion according to the weight of the recipient and patient groups in the study, at doses of:

1 injection during 30min to 1h by Intravenous infusion

Interventions added for the trial : NA

Scope of the trial : The immunosuppressive and / or immunomodulatory action of allogeneic MSCs (from umbilical cords of a healthy donor) will allow beneficial action on patients with severe SLE resistant to conventional treatments.

Number of enrollments expected per site and per month
0,4 inclusion per month, per site

Statistical analysis
Initially 5 subjects at the initial dose of 2.106 CSM/kg recipient weight will be included.
The following 5 subjects will be enrolled in a dose:

*The toxicity criteria are described in CTCAE classification

Each patient cohort will be scanned in a sequential Bayesian approach to estimate the probability of toxicity to the administered dose allowing an adaptation of the function of the toxicity observed in the dose previous subjects.

Trial will have a Data Monitoring Committee : Yes